In the summer of 1939, as the threat of war grew closer, air raid shelters were built in schools up and down the country. Today the only school shelter open to the public is underneath a playground at Downs Junior School in Brighton.

The shelter, or ‘trenches’ as it was known, are a series of interconnecting tunnels made from pre-cast concrete panels approximately 3 metres below the playground. With bench seating along each corridor the shelter had a capacity for 300 pupils and staff during the day and the local community at night. The conditions were cramped, dark and damp and left a lasting impression on anyone who experienced it.

After the war the shelter was sealed up and forgotten for nearly 30 years until it was rediscovered during a drain inspection in 1983. Sadly a lack of resources to make the shelter safe to use meant that it lay dormant until 2012.

Since 2012 the shelter has been restored by a team of volunteers led by Michael Button, Premises Manager at Downs Junior School. Together they have created an underground museum of photographs, wartime scenes and poignant film and sound clips, including a realistic simulation of a short air raid complete with vibrations as the bombs drop nearby. In 2016 Take Shelter opened its doors for the first time. 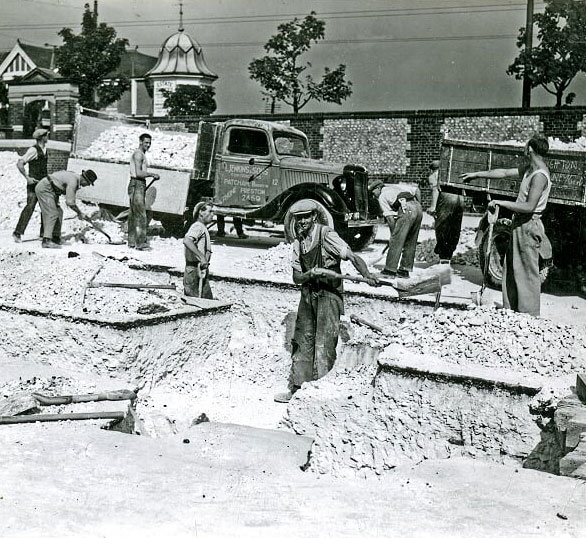 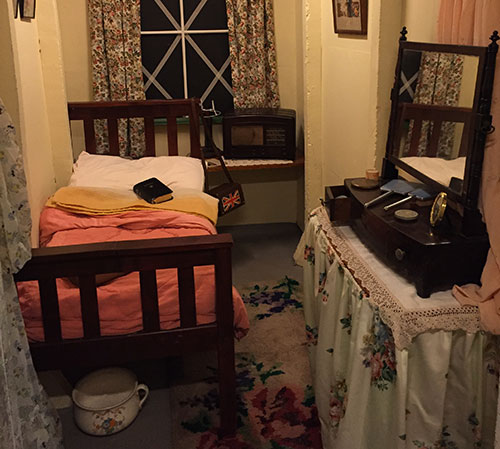 Within the shelter the Take Shelter team have created a series of 1940s themed rooms and displays with rare local photos kindly loaned from Royal Pavilion & Museums and The Keep as well as film footage from Screen Archive South East. 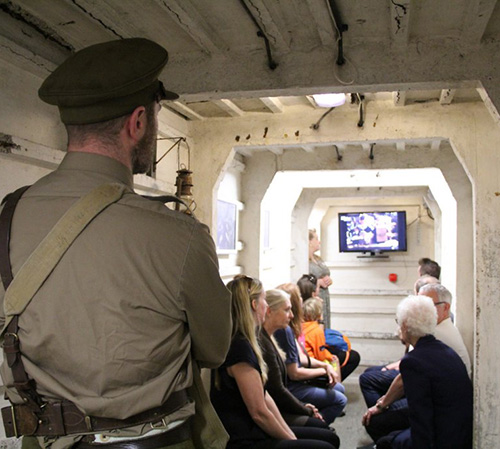 Our volunteer guides lead tours of the shelter and in 40 minutes visitors experience a flavour of what it would have been like to have been a child in wartime Brighton. 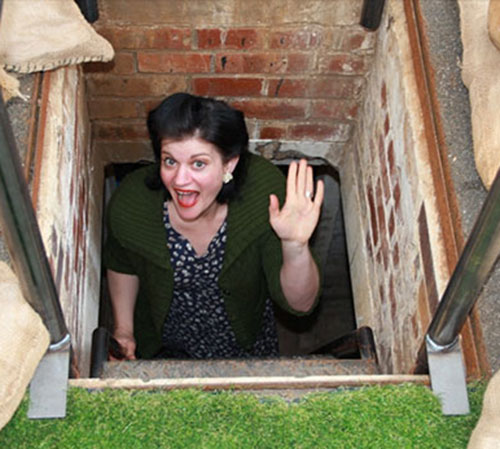 Although the original structure of the air raid shelter remains largely unchanged, the two original wide entrances were removed to make way for new school buildings, visitors now enter the shelter via a small hatch and a fixed ladder. We are fundraising to build a new more accessible entrance to enable us to share our shelter with people of all ages and abilities. Click here to find out more.

This website uses cookies to improve your experience while you navigate through the website. Out of these cookies, the cookies that are categorized as necessary are stored on your browser as they are essential for the working of basic functionalities of the website. We also use third-party cookies that help us analyze and understand how you use this website. These cookies will be stored in your browser only with your consent. You also have the option to opt-out of these cookies. But opting out of some of these cookies may have an effect on your browsing experience.
Necessary Always Enabled
Necessary cookies are absolutely essential for the website to function properly. This category only includes cookies that ensures basic functionalities and security features of the website. These cookies do not store any personal information.
Non-necessary
Any cookies that may not be particularly necessary for the website to function and is used specifically to collect user personal data via analytics, ads, other embedded contents are termed as non-necessary cookies. It is mandatory to procure user consent prior to running these cookies on your website.
SAVE & ACCEPT